Piteado: The Art of the Charro 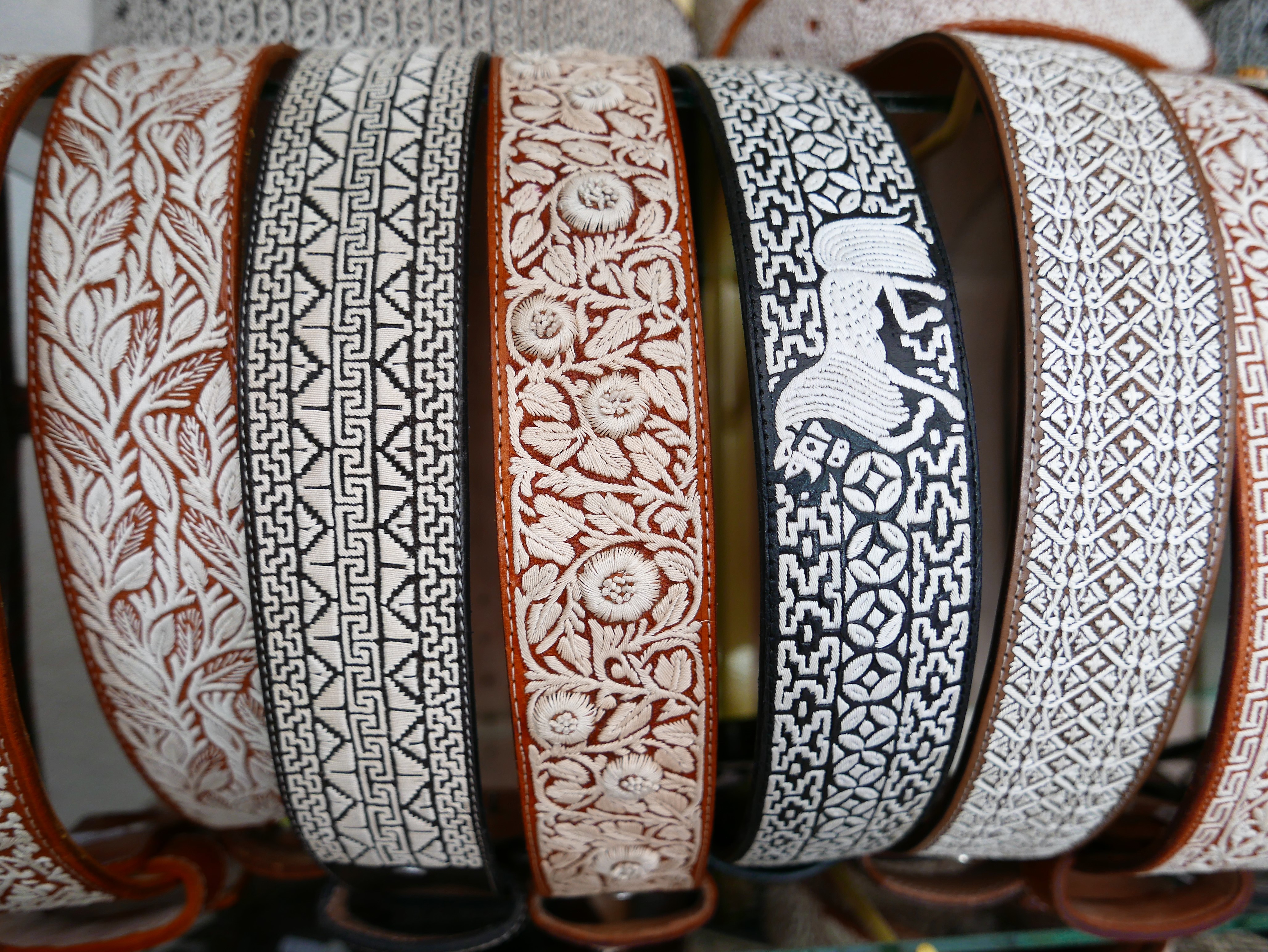 There is a unique and singular art form in Mexico, found in regions of Jalisco, Zacatecas, Hidalgo and other States, called “piteado”. One town in particular, Colotlán, Jalisco,  takes the claim as the, “Capital Mundial del Piteado”, not only for the number of people dedicated to this work, but also for the quality of their workmanship. Located in the northern extremity of Jalisco, close to Zacatecas, Colotlán hosts an annual “Feria Nacional del Piteado”, where about 200 workshops compete for prizes and showcase their work. The narrow streets of Colotlán are lined with shops selling gorgeous traditional items, such as saddles, hats, belts, and more contemporary and adapted items, such as sandals, jewelry, handbags, wallets, etc. One artisan, Mario Montoya is recognized as a Gran Maestro of this artform, mastering and teaching it to others.

The word piteado is derived from the word for the fiber that is used in this embroidery art form.   Pita is a long, resistant plant fiber that comes from the leaves of the Aechmea magdalenae plant, a plant in the bromeliad family.  It grows in the wild, but is also cultivated in humid semi-tropical climates, at altitudes ranging from about 500-2500 feet. In Mexico, the fiber grows primarily in Oaxaca, Chiapas and Veracruz, where over 2000 farming families are dedicated to the harvesting and processing of pita fiber to send to the crafts people in Northern Mexico.  In Oaxaca, the primary production region is in the Choapam District, in the Papaloapan Basin, where many families are dedicated to its cultivation and processing, inherited from past generations.

The fiber is very well suited for embroidery, as it soft and pliable, sometimes described as “silky”. Pita is considered an exceptional fiber, given its characteristics, namely, its length (up to 3 meters), its sheen, fine texture and most notably its resistance. It has been compared to silk, but with a greater resistance. Prior to synthetics this fiber was used to create fishing nets, to lash arrowheads, to make sandals / shoes and ceremonial objects. One interesting anecdote; when dyed with indigo, the blue fishing net was virtually invisible underwater!

Piteado art and the Charro

Now that we know a bit about what pita fiber is, let’s take a look at the art of the “piteado”, the art form that uses the thread of the pita fiber to embroider the rich embellishing of the saddles, hats and belts of the charro.

Given the native raw material and technique, this fiber was used for utilitarian and ceremonial objects in prehispanic times. Today, the art of the piteado, embroidered pita fiber,  is primarily used within the context of the dress and accoutrement of the Mexican charro, the colonial era cowboy of Mexico. The charro or ranch hand was integral to colonial life in New Spain, as cattle ranching was an important socio-economic activity during the colonial period. After the hacienda and encomienda systems were dismantled by the Mexican Revolution,  charros moved to the cities where these former ranch hands and cowboys established associations and fraternal organizations to maintain the strong family and generational ties, a source of pride to this day. In its new urban setting, charreria took place in the “lienzo charro”, as a sport. competition and art, a tradition that continues to this day.

It is here, within this context of the Mexican charro that we can most readily see the tradition and art of the piteado.

This craft requires great skill from numerous artisans, who engage in a series of skills or steps, including twisting pita threads together, these are known as the “torcedores”, the ones who create designs on leather, these are the “dibujantes”, the ones who cut and prepare the leather, an art called “talabarteria” and to the challenging work of embroiderers, who together create beautiful works of functional and aesthetic art, forming part of Mexico’s artistic heritage and material culture.

We invite you to join our journey in October / November to Michoacan and Jalisco, where one of our highlight days will be an immersion in the art of the piteado in Colotlán, Jalisco.

« The Mazatec Women of San Miguel Soyaltepec, Oaxaca
The Laca of Mexico: A Journey of Discovery »